A function (or more strictly, a well-defined function) is a rule that assigns to every element in a set

exactly one element, called the image, from another set

is called the domain, while the set

When defining a function

, it is common to denote it by

For example, the function

could be defined by the formula

is said to be a function if it satisfies the following properties:

The first condition asserts that every element in the domain has an image in the codomain, while the second states that such an image is unique. This definition, however, allows the following possibilities for a function:

With those possibilities in mind, we may define a function

to be one of these three types of functions:

is formally a relation, which itself is a subset of the cartesian product

as a relation), and

are valid. However, whenever given an arbitrary

, it is cumbersome in writing to state that "there exists a unique

". Therefore, we will define the preferred notation

to refer to the aforementioned unique

. Therefore, the following notations are equivalent:

In practice, a function is completely determined through a formula that assigns the variables. For example:

is the depending variable and

is the independent one. 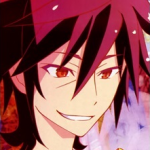